The following photos are just general ones from 2005 and 2006. They include : 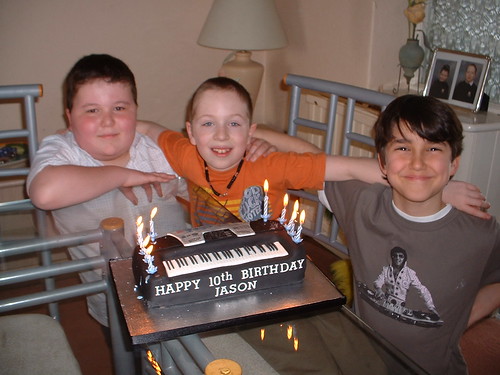 Adam, Jason and Ethan with a cake made by Mum 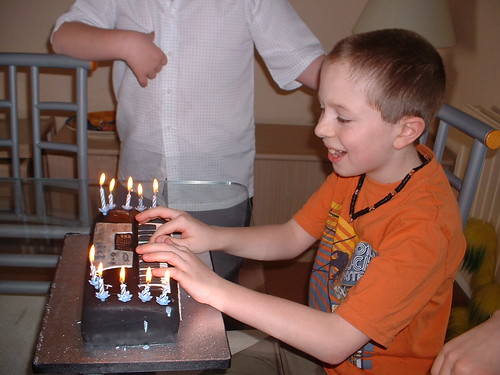 Jason trying to play the cake 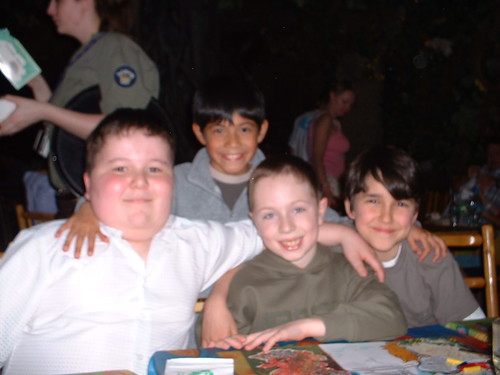 All at the jungle restaurant 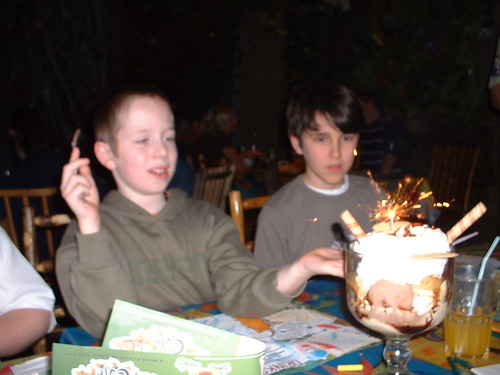 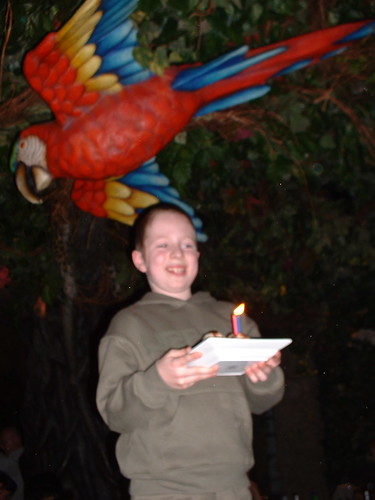 Jason with the cake the restaurant gave him 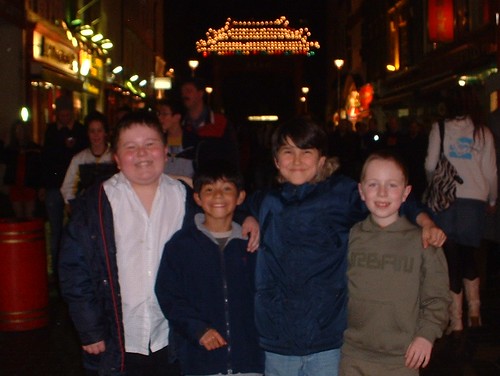 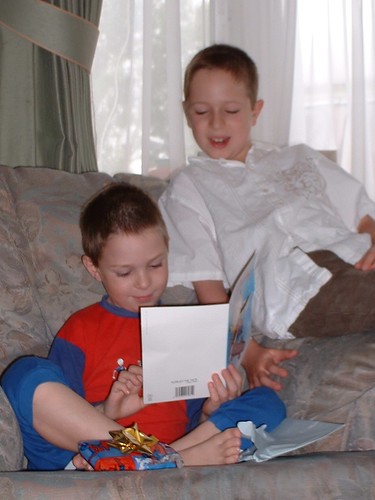 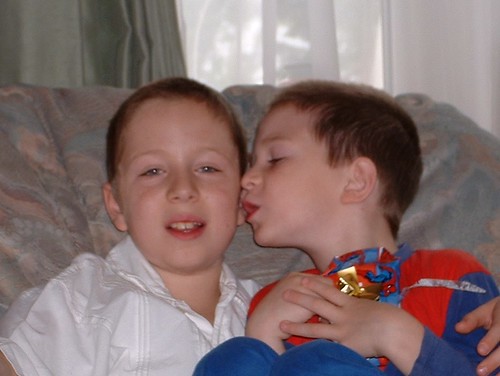 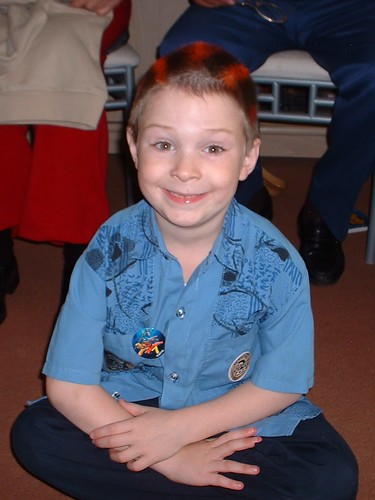 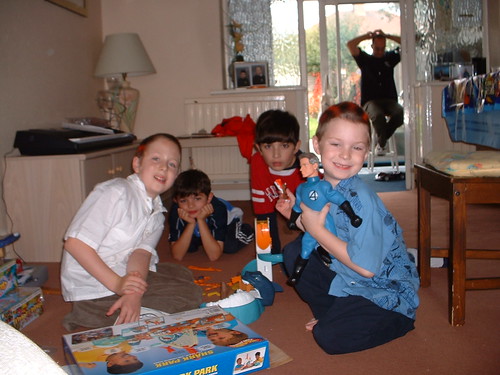